Toggle SlidingBar Area
$1 from every t-shirt we sell goes to our Make Them Dream Program to help motivate kids across the world. | Learn More
FacebookTwitterInstagramYoutube

Nothing says “Everything Started As Nothing” like the stories of incredibly successful companies or even corporations that started in the humblest of locations—garages. Hard as it may be to believe, global juggernaut companies like Disney, Apple, Google, and many others, all had their first headquarters their owners’ cramped garages. So the next time you have an idea for a business but are tempted to not to act on it because you feel you don’t have sufficient funds to succeed, remember: it’s not about where you start, it’s about how far you can go. 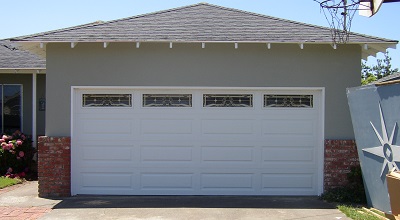 Disney, the company that has since become synonymous with making dreams come true, was created by Walt Disney and his brother Roy in Anaheim, California, in 1923. Disney, who did not have the money to rent a real studio, set up a makeshift studio in his uncle Robert Disney’s one-car garage and he and his brother began to film parts of the original black and white Alice’s Wonderland there. Today, Disney is the highest-grossing media conglomerate in the world and its amusement parks attract millions of visitors who come to see their favorite characters come alive each year.

Apple was created by two hardworking young men with big imaginations in Cupertino, California, in 1976. Steve Wozniak built the Apple I by hand and from scratch in a garage, and then the pair built another 50 when a local computer shop ordered them. Today, Apple is a worldwide symbol of innovation creative thought, as well as the most valuable technology company in the world.

Google is something most of us can’t imagine our lives without, but just 17 years ago it was a tiny startup in yet another California garage. Stanford Ph.D. students, Larry Page and Sergey Brin, who theorized about a better system that could analyze the relationships between websites and display more accurate search results. Today, Google is worth billions of dollars and has become much more than a search engine—it offers countless communication and publishing tools, advertising services, map-related products, desktop applications, and the list goes on.